Hydrogen is the way to go. 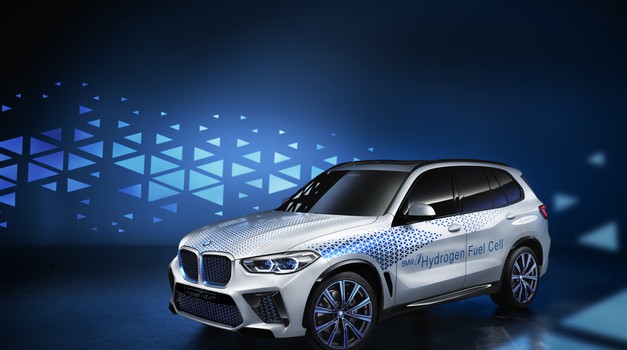 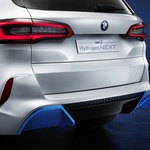 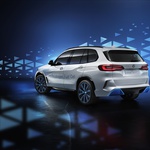 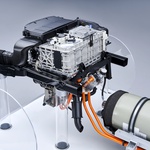 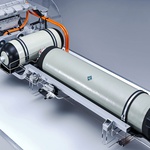 When we talk about alternative car drives today, the word certainly comes up most often on electric cars. Clearly, of all the resources in this area, we are paying them the most attention, but in addition to petrol and diesel cars, they are the most widespread in the market. But they are not the only option that will be available to us in the future either, especially if we take into account all their weaknesses, which we will find difficult to overcome. Alternative? Hydrogen.
We have been talking about fuel cells and hydrogen for several years, and yet only a few car manufacturers (Audi, Hyundai, Mercedes-Benz, Kia) are paying great attention to it, analysts predict a bright future for this type of system. After all, BMW has experience in this field ever since 1979, when they introduced the first prototype in this field, a liquid hydrogen powered BMW 520h. Well, the above-mentioned concept, it has, hand on heart, very few of the common technologies that we will be looking at in the future.
Well, in a BMW, fuel cell technology is not seen as a complete alternative to the electric car or the technology they use, but rather as a complement to the offer. In the future, such electricity is primarily intended to be used for smaller electric cars, for public transport, for delivery vehicles operating within cities and for cars that will serve to transport to and from work or cars that will operate short distances. Fuel cells, on the other hand, will target larger cars or vehicles capable of overcoming long distances – limos and large hybrids, if we focus exclusively on the automotive world.

If we focus on the advantages that cars have on fuel cells in front of electric cars, what stands out is two: reach and charging time. In BMW they developed a system that allows, on the one hand, up to 500 kilometres of autonomy and, on the other hand, the short charging time of the vehicle. The whole process should be between three and four minutes, which is quite comparable to the time we need to fill the vehicle with fossil fuels.
The information we are talking about above is already quite realistic, according to the BMW, as it is said to have been achieved by the X5 i Hydrogen NEXT, which will hit the road within two years as a test mule and will serve to develop serial vehicles of this kind. As a result, it is already known that the car is equipped with a drive train, which will be in addition to the very cells of the compressor, convertpr... a few more tanks, pressurizing 700 bars, storing six kilograms of carbolic hydrogen. The fuel cells will then supply electricity to the same electric motors as those found in electric cars, and the power generated by the recovery of the brake energy produced 275 kilowatts with the aid of a smaller electric motor.
The system was developed by BMW by means of a Toyota, with which they have been working together in the field of fuel cell development since 2013, when BMW also presented its first concept with this type of drive (by the way, the first fuel cells were developed by BMW in 1997). In common cooperation, the Germans decided on the need to reduce costs – but that does not mean that the technology is already affordable.

On the contrary. The price accessibility of technology, according to Klaus Frölich, a member of the brand board, is still one of the reasons why we will not soon see this type of vehicle in serial production. Then there is the question of the price of hydrogen itself. However, in BMW, such technology is still not very far from serial production. The Bavarians thus estimate that, over the next five years, they will send 25 new electric vehicles to the market to meet their initial needs for electric vehicles and, by the end of the decade, the time will then be hydrogen-powered vehicles.