Reigning Formula E champion Jean Eric Vergne was close to being the first winner of Formula E Ge2 era, but Felix Da Costa managed to fend of Vergne in the last lap duel. 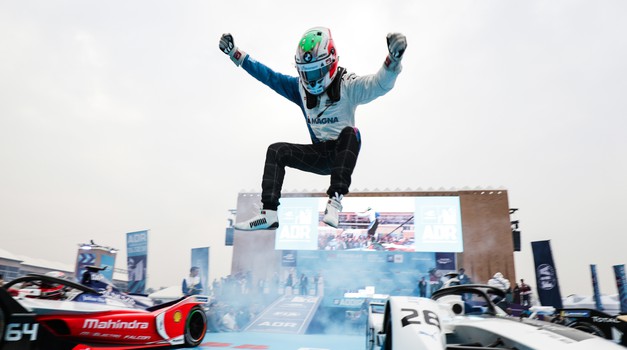 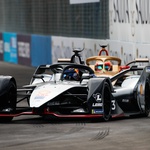 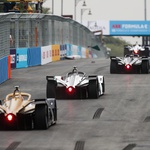 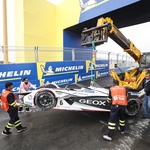 Vergne was well in the lead after qualifying fifth, after passing Vandoorne, Buemi, Lopez and finally, after a fierce duel, Da Costa, but the he had to serve a drive through penalty for going over the power limit using the regen. The teams had little chance of testing such tings as rain has washed away both practice sessions and qualifying had to be shortened.

Da Costa retook the lead after Vergne took his punishment, but reigning champion returned to track in 4th place and was soon in 3rd, behind Jerome D’Ambrosio, taking the spot from Jose Maria Lopez. The Argentinian driver’s race was soon over, though, as his left rear suspension collapsed, bringing out the safety car. A four-minute sprit race to the chequered flag ensued after safety car returned to the pits, and Vergne used his remaining Attack Mode to get past D’Ambrosio. He gained almost a second a lap on Da Costa, but BMW managed to hold off his attacks during the last lap and brought BMW’s factory team their first win and first win of the Gen2 car era. Verges’ DS Tcheetah team is leading the team standings after first race, though, as Andre Lotterer has finished in 5th place. Audi’s season started on the wrong foot (again), Di Grassi only managing 8th and Abt a ninth place in Ad Diryah after starting from the back (as did several other drivers), falling foul of technical mistakes during qualifying, also caused by rained out practice sessions.