It is doing it by electric boat 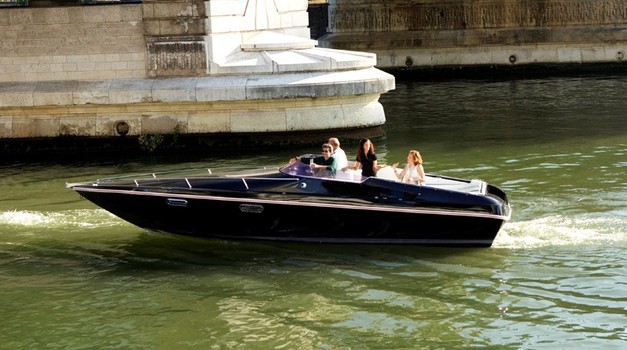 What to do with used battery packs, that have been moved out from electric cars is one of the most talked about topics when it comes to electric cars – especially among those, who are not particularly happy about owning such cars. On the other hand, there has been quite a few solutions on what to do with those, considering the fact they are quite valuable and useful in the purpose of being able to carry quite a lot of electricity. Yet, Renault has now presented a new, but more than interesting solution.

While we may never see it as a production model, Black Swan is an attractive piece of engineering. As you may have by now figured out, we are not talking about a car concept, but an actual electric boat, that can carry anywhere from two (or probably even one) persons up to eight. And it can do like this for around two hours. Again, only being propelled by two electric motors, without using a single drop of petrol. Furthermore there are reasons, why this project is more important, than it may seem.

“As host to COP 21 in 2015 and the Olympic Games in 2024, Paris has a duty to provide innovative solutions for the environment. Seine has already shown itself to be exemplary in respect of energy performances in the transport sector. Our company has once again brought an electric boat project to fruition with the aim of raising the awareness of all of the river’s users,” says Didier Spade, Chairman of Seine Alliance.

And when talking about the motors, we must not forget, what are those. They are a pair of only 10-killowatts strong units that are sufficient for the boat to cruise around Siene. There is thus only one bad side and that is recharging time which is from two to three hours. But, Renault will now have time for upgrades.